Skip to content
Chesterfield, Missouri
Please Call Us at 636-778-3303
info@tracyswest.com 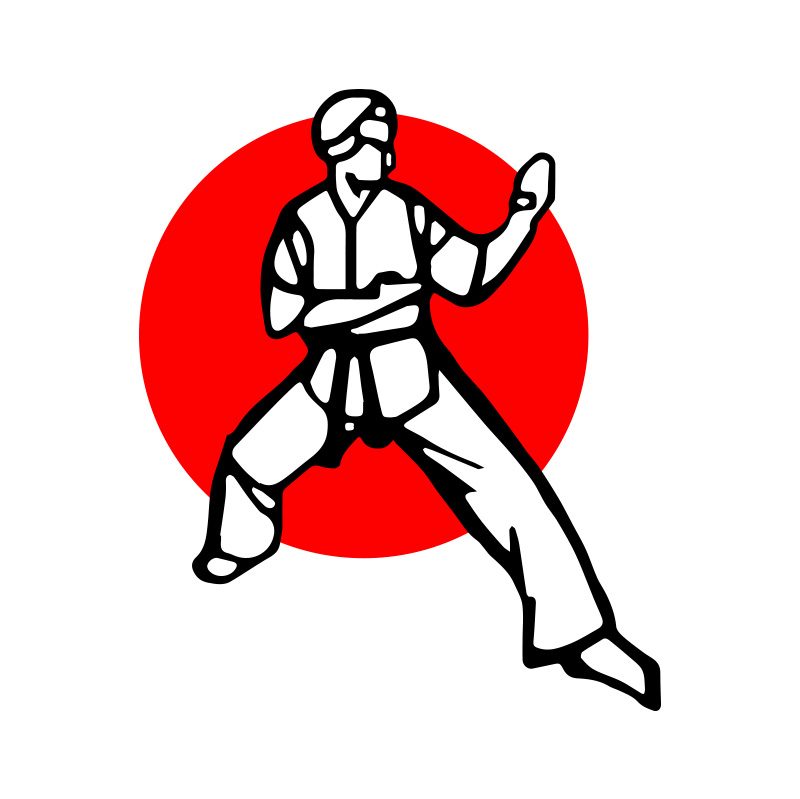 Having grown up in a small farming community, Ben acquired a strong work ethic with a sense of family and community that are still the cornerstones of his life.  In 1994, he moved to St. Louis, specifically to train in the martial arts. By 1997, he was teaching karate at Tracy’s and in 1998 he earned his 1st degree Black Belt.

Ben is a highly ranked competitor. A First place finish in his first outing as a Black Belt fighter was quickly followed by more triumphs: 1st in the Battle of Chicago, 3rd in the US Open in Florida, 3rd in Kansas City. Ben also earned rank and was a seeded fighter in the Grand Nationals in Niagara Falls.  He proudly wears the coveted Checkered Gi, awarded only to the top fighters at Tracy’s.  Formerly rated #2 in the world by NASKA, Ben continues to hone his fighting skills.  In June of 2013 Ben was inducted into the International Kenpo Hall of Fame.Ben’s proudest achievements are not in the ring. They are in the positive changes he sees in his students as they gain confidence in themselves. Many of his students have been rated #1 locally in their divisions, and he trains the #1 woman fighter in the world, Anne Kovac.The Pratts are a true Karate family. Ben’s wife,Katie, was ranked #2 in the World and his kids, Keira and Logan,have started their path to becoming black belts as well. 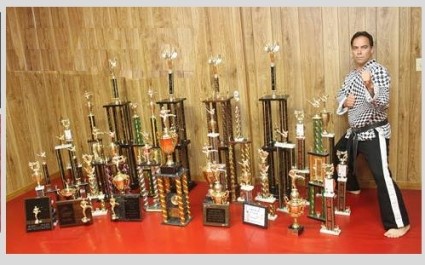 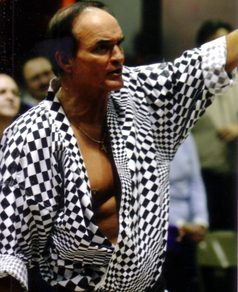 Dave began training in karate in 1972 and was promoted to 1st Degree Black Belt in August of 1974. He was the first person promoted to the rank of black belt by Tim Golby, and so began his long and varied career as a martial artist.

Dave was among the original “bare knuckle fighters”, winning grand championships in national U.S. tournaments, fighting without benefit of what is now regulation hand gear. Trophies rapidly multiplied as Dave placed in all 36 tournaments in which he competed.His success earned him the honor of wearing the Checkered Gi, which was presented to him at a special awards banquet by Joe Lewis, Al Tracy and Tim Golby.

As a Master Instructor, Dave trains other Tracy’s instructors and is the head trainer of the Tracy’s Karate Tournament Team, and is considered by many to be one of the greatest free sparring minds in the country.

Dave has also organized and promoted the Hofer Classic tournament in St. Louis since 2003. He believes that the finest Black Belts should have a showcase for their talents and should receive the recognition they deserve by displaying their skills for others outside the usual ring. At the Hofer Classic, only 12 Black Belts compete, and the audience is treated to an exceptional display of range, motion, experience and technique. Because it is limited to 12, Dave says, “It is a dream here for Tracy’s Orange Belts to someday compete in the Hofer Classic.”

In addition to karate, Dave enjoys many sports, such as pool, horseshoes, bowling and golf. He is proud of his son David, Jr., who is also an instructor at Tracy’s, and his son Ben, who just earned his Black Belt.

“I identify and applaud student strengths, but I can actually teach people better when they lose. I can see the small parts, focus on those, and help the student improve.”

Mr. Talbot began his karate training in 1971, and in 1980, he earned his Black Belt.  That same year, Mr. Talbot began teaching at Tracy’s in Kirkwood, quickly becoming a talented and popular instructor to students of all ages.

His expertise in the martial arts contributes greatly to the growing enthusiasm for karate in the metropolitan area.  In 2007 Joe was inducted as a Charter Member of the Kenpo International Hall of Fame.

In addition to the martial arts, Joe excels in other art forms.   He has a degree in art from Webster University, and he and his son Danny exhibit work at venues around the city. 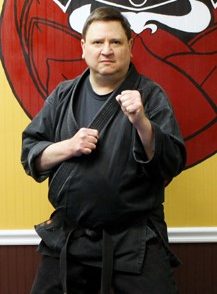